Dr. Raymond H. Wheeler (1892-1961) developed a clock to forecast recurring droughts, which coincided with colder climates. He found that every 170 years, the climate would turn colder and dryer, social mood would turn negative, civil wars would proliferate, and the economy would suffer from financial collapse.

Although he completed his work during the 1930s, 40s, and 50s, he was able to accurately forecast the second half of the 20th century, based upon the cycles that occurred over and over again like clockwork from 600 BC through today.

The Drought Clock shows shorter 100 year cycles of cold and dry which are compounded by the larger degree 170 year cycle, when they happen at the same time. You can see that he forecast the start of a cold, dry 170 year cycle just before the year 2000. 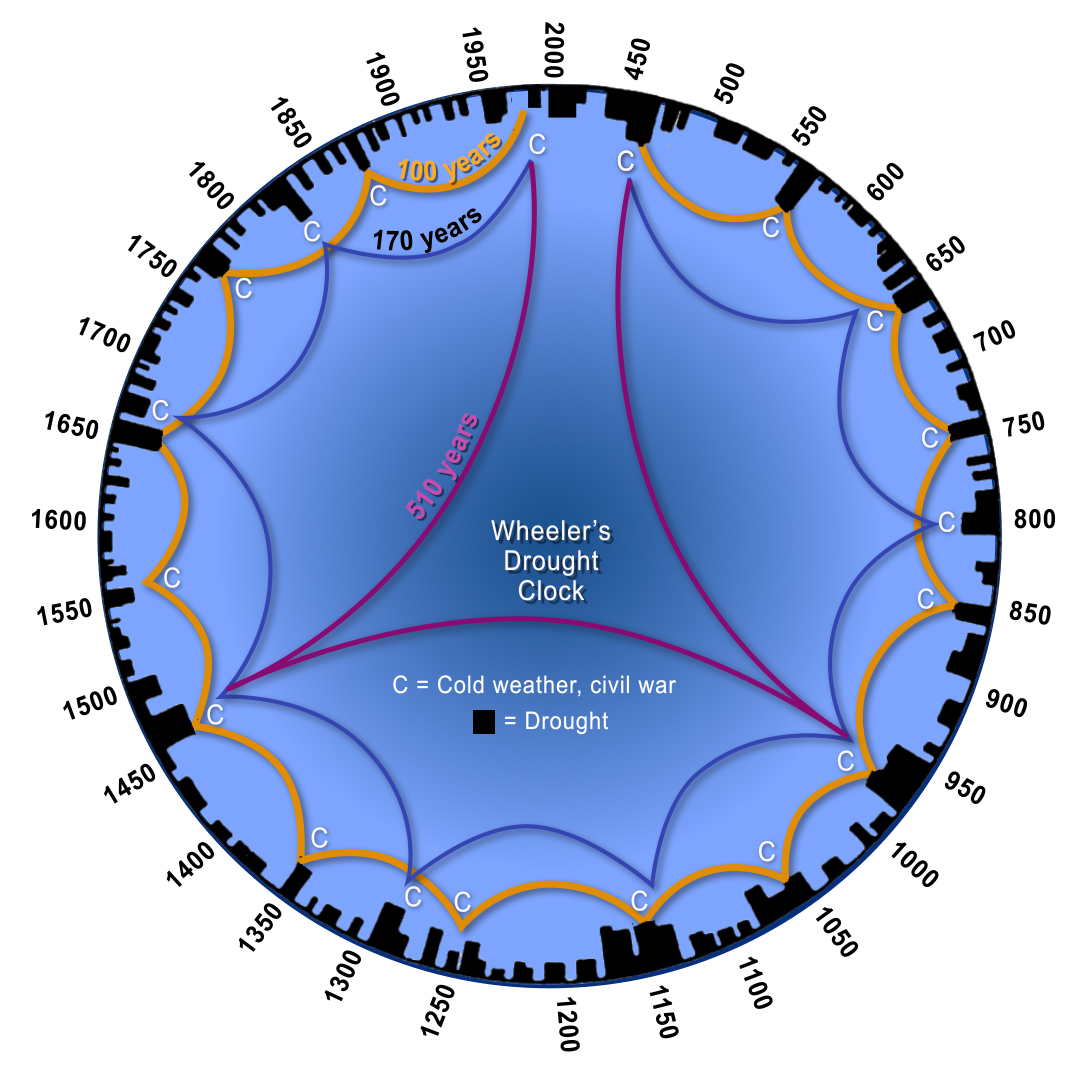